A Profile of Santa Fe’s Eight Most Active Theatrical Companies 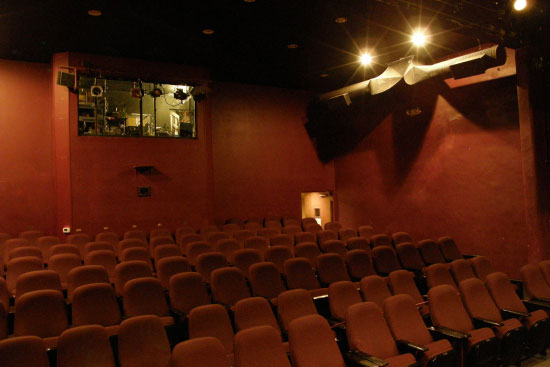 There is something pulsing through our thin mountain air. Something electric and exciting and I’m not describing the lightning-filled monsoon season. Instead, I am talking about the growing and energetic theatre and performance scene that is currently emanating from all over Santa Fe, from the foothills to the airport. I’ve been given the deceptively simple task of writing an overview of the theatre scene in Santa Fe. At first, I thought, “no problem, there are only a few major companies,” but I gravely underestimated the depth and breadth of Santa Fe’s expanding theatrical offerings.

More than ever, audience members can choose from multiple performances on any given weekend and even with the sad shuttering of SFUAD, there are still more theatrical options than ever and this will undoubtedly grow even more with the forthcoming opening of the Institute of American Indian Arts’ new Performing Arts and Fitness Center. Theatre in Santa Fe has always had trouble holding its own against the well-established visual arts and music scenes and the Santa Fe Opera. But if there is one thing most theatre producers in Santa Fe agree on, it is that the scene is expanding and that maybe, just maybe, theatre is finally catching up with visual arts and music as something that the city different is known for.

In order to give a sense of what is currently going on in the Santa Fe theatre community, I reached out to several local artistic directors so see what they think of the current state of theatre in Santa Fe and what their individual theaters are up to. There are over fifteen companies who regularly produce work in Santa Fe, but I will only be covering eight. This is not to suggest that the work of other Santa Fe theatre groups is not worthy of coverage, and one should definitely take the time to check out the interesting and unique work they are producing.

Some of the companies I did not have a chance to include are: Jewel Box Cabaret, Oasis Theatre Company, DNA Works, Meow Wolf, and Theatre Grottesco. I also did not include purely dance related companies, such as the Aspen Santa Fe Ballet, or the Opera. This list also does not encompass all the incredible touring productions, workshops, and conferences that come through Santa Fe on a regular basis, such as the AHA Progressive Arts Festival, which took place in mid-September, performance programs such as Acting OUT: A Symposium on Indigenous Performance Art (2015) and the Decolonial Gestures symposium (2017), and groups such as Guillermo Gómez-Peña and La Pocha Nostra, now regular visitors to the SFe performance landscape.

Click here to see the full article in THE Magazine.

The Etiquette of the Housewarming Party
October 12, 2019