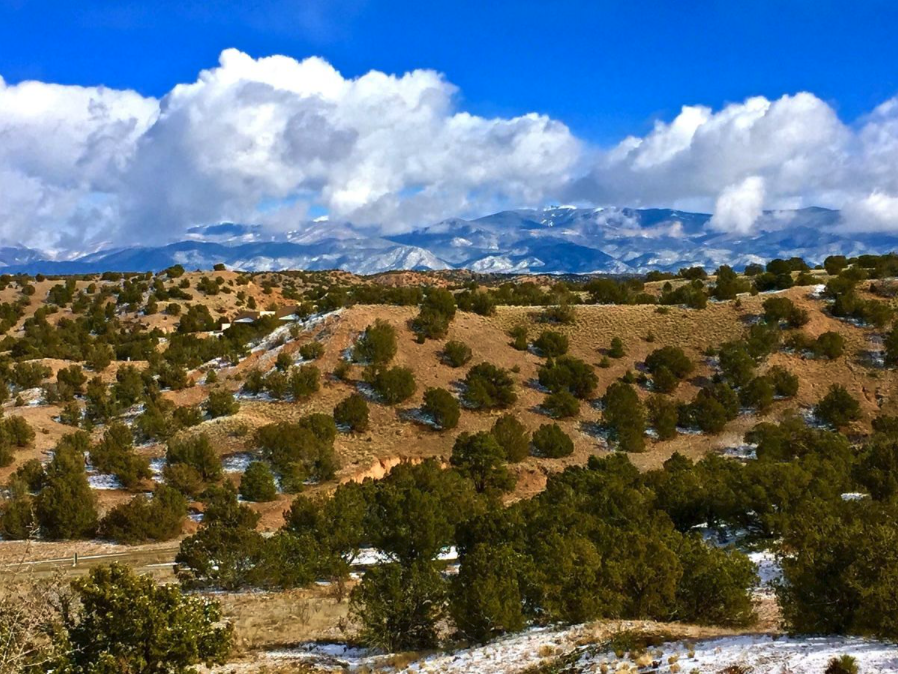 In La Tierra Nueva, as in most areas in Santa Fe, the supply of homes that are on the market is low and prices have risen. Begun in 1980, the neighborhood now has 56 homes, one house under construction, and 21 lots remaining. “We have three lots for sale, starting at $160,000,” said Tara Earley, who partners with Nancy Lehrer (www.santafeluxurybrokers.com) at Sotheby’s International Realty.

They are both longtime residents of La Tierra Nueva —Lehrer has lived there for 22 years and Earley for 18 years. They have had some famous neighbors and visitors from time to time: Marsha Mason and Neil Simon once had a home in La Tierra Nueva, and George and Laura Bush sometimes visit friends there.

Totaling about 1,200 acres, the community has underground utilities, private wells and septic systems, and a homeowner association. Amenities include a staffed gate house and a tennis court, and the equestrian-friendly La Tierra Nueva borders BLM land. “Seven or eight properties have barns,” Earley said. “The riding is incredible. You can ride all the way down to the Rio Grande.” Lehrer added, “Most of the lots allow four horses, and the bigger lots you can have up to six.”

Streets include Longhorn, Shorthorn, Brahma, and Hereford, and Chisholm Trail and Goodnight Trail — named after four cattle breeds, a famous cattle-drive trail in Texas and Kansas, and cattle rancher Charles Goodnight. The theme relates to the area’s history. In 1960, Zannie Garcia used an inheritance to pay the Frank Bond family for a 31,000-acre ranch west of Santa Fe. She and Bob Weil, who were married at the time, were the original developers of what came to be known as La Tierra.

Click here to see the full article in the Santa Fe New Mexican.

Click here to see my luxury home listings on homesantafe.com.